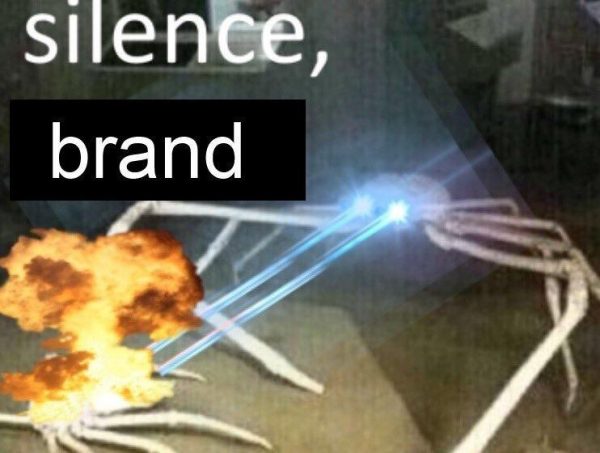 Conjecture: Social media is dead and has been for years. But today, everything is a social media, there’s Facebook and VK and Instagram and Twitter and Snapchat and WhatsApp and TikTok and… Sure, but hear me out…

Back when Facebook wasn’t for wine-aunts to share minion and/or racist memes, you’d have your friends on there. Some would add family and some would add colleagues. We would all have stupid apps that allowed us to spam each other’s notifications with our pirates and ninjas and equally silly tomfoolery. But you know who we didn’t have on Facebook? Celebrities and brands.

Facebook wasn’t the first, but close to. Sure, MySpace was before, but it was honestly more of a blogging platform. Before MySpace there were things like web forums, news groups, a brief flame-up of Java chat applets, IRC, and instant messaging. There were others which flamed up nationally or internationally, but that is all less relevant: this post is not about when social media emerged, but when they died. Before Facebook there were lots of services which supported socialising within communities.

A lot of platforms rose after Facebook, most lived shortly and/or anonymously: Diaspora, Google Plus and whatever the one before that was called, Apple Ping, a couple of generations of MySpace, Foursquare, and I just got a mail notification from Ello, which I am surprised still exists in some way. But the big one, or, rather, the first big one, was Twitter.

Twitter was originally advertised as a fail whale showcase site illustrating that Ruby On Rails does indeed not scale to production loads. Twitter was also marketed as a micro-blogging site and especially used in the US to send text messages for free. Twitter differed from Facebook in that you would follow people instead of add friends. A follow was an asymmetrical relationship: it was perfectly possible to follow a person without them following you. This is probably the beginning of the end of social networks.

Early Facebook was great. Really, really great. Aside from the obvious advantage of letting my pirate fight my friends’ ninjas, I could also easily share any odd idea entering my mind. I could also see what all my friends were sharing, which allowed my to keep up with them in an informal setting. I could comment on whatever they shared and we’d have a brief “met on the street” conversation of 4 sentences exchange before moving on. I could also throw up that I’d be heading to the bar, and shortly after arriving, I’d probably run into friends who had seen my post (or who hadn’t, lol). Facebook allowed at-a-glance informal socialising without distance being a factor. This was even more evident after I moved abroad and still kept in contact with friends via Facebook. I could follow the little ups and downs via status updates from 800 km away.

Then Facebook grew too big and decided to copy every social media functionality supported by would-be competitors. They copied all the imaging functions of sites like Instagram (before they bought it), Flickr, and Pinterest, they copied the check in and location functionality of Foursquare, and worst of all: they copied the asymmetrical relationships from Twitter (or app.net or Plurk).

Before that, friendships were symmetrical: you’d bulk add everybody you had met at one party 5 years ago, and they’s get a pop-up deciding to which degree they found you a creep and either accept or ignore your invitation. This meant that relationships typically were at least somewhat meaningful. It also meant that Facebook had a harder time connecting you with what really matters: celebrities and brands. Sure, you could put in your profile that you liked Britney Spears, or you could like any of 15 pages claiming to be Britney Spears. But Britney could not communicate with you.

On Twitter, this was not a problem: you could follow anybody and get their updates without them having to approve your stalkerish ways. Sure, back in the days, people would often follow back, but they did not have to. And later most accounts stopped following people back. This was available to everybody, so it was possible to follow and get important updates from celebrities, politicians, random strangers and, most importantly, brands!

Facebook added this feature as well. Pages devolved from glorified bulletin boards to instead basically becoming regular facebook accounts you could follow without a symmetrical friendship. Later they added the same feature for regular accounts, but I’ve never heard of this feature used by anybody but stalkers and spam bots.

But suddenly, my Facebook feed became overwhelmed: instead of getting updates from the couple of hundred people I was friends with, I’d also get updates from the 100 celebrities and 1500 brands I had previously liked and which were now essentially advertising-spewing sewer pipes. Luckily, Facebook had just the solution for us: the ✨algorithm✨. Instead of showing us everything in the newsfeed, we’d instead get what Facebook found was best for us. The algorithm also had a couple other advantages: in a sea of garbage, it is much easier to hide a bunch of sponsored posts as who remembers if they really liked KFC one high Saturday night? Second, the algorithm also makes it easier to sneak in stealth advertising; who knows if that post from Coca Cola is because I liked them 5 years ago or because they paid more than Heineken for my view? A third advantage of the algorithm that was added later is that it would prioritise content that would keep you on the site, giving birth to the entire trash-heap that is click-bait.

The almighty algorithm was made possible by asymmetrical relationships. Before asymmetrical relationships, brands could only reach you using advertising which could easily be blocked. Celebrities could only use advertising or have a limited number of “friends,” limited either by a maximum number of friends imposed by Facebook or by their intern’s willingness to press accept on friend requests.

The algorithm did not have my best in mind. Maybe it did in the beginning, but it definitely strayed. Why show me a random thought from a close friend when it could show me an advertisement from Heineken? Why show a short post that would make me think of a friend I’d not spoken to for ages when it could show me another picture of a baby or a cake or something that would get a no-effort like? The algorithm stopped showing updates that would make me happy but instead showed content that would make me interact and spend more time on Facebook. Here’s a news article with a headline that asks a question largely unrelated to the article. Here’s a top ten things you wouldn’t believe. Here’s a racist discussion under a news article for you to interact with, because I’m sure this time you’ll convince people on the internet that they are wrong.

Now “social” media was no longer about social interaction with friends. I noticed that Facebook had buried some people I used to count among my best friends. It happened gradually and it was impossible to tell whether they had dropped off Facebook or Facebook just decided I didn’t need to talk with them because they were far away or because we rarely needed to discuss racism or which of the bad presidential candidates was worse. I’d just see random posts from them, chuckle and think of them and move on despite being 800 km away, so Facebook decided it didn’t matter, even though it mattered 1000 times more than some vapid celebrity’s thoughts of a sponsored Gucci bag.

At some point, social media also decided it needed to be all things to all people. Why does my Facebook feed include updates from friends (well, they did kind of solve that by removing them), advertisements, updates from celebrities, brands, and news articles shared by the one guy you hadn’t seen since high school but who is now a nazi. That… makes no sense. Well, I can see why it makes sense to Facebook, but it’s not what I want.

Sometimes, I’m in the mood to see what’s up with friends. Sometimes I’m in the mood to follow gossip or updates from small bands. No matter how much Britney, Backstreet Boys, Livvia and Rebecca Black mutual me on Twitter, I have no illusion that we are friends. There’s times I enjoy hearing updates from my favourite bands, especially the small names that I don’t really hear from except when seeking them out, but that’s not necessarily the same as when I want to hear from friends. News feeds are a completely separate thing; why would anybody in the history see news intermixed with catching up on friends and gossip? Much less why would anybody want to catch up with brands? Or mix the whole shebang with comedians or one-off joke accounts.

I’ve got myself an Instagram account, but rarely really browse it. It’s 50% celebrities posting selfies that are somehow very well-lit and perfect every time, 35% ads, and 10% photos from friends. That’s not social networking.

Things didn’t get better after Facebook and the others copied Snapchat. The transient nature has a place and could probably be made to work, but the focus on pictures and short video clips means it doesn’t work well on Facebook, at least for me. Who uses the stories function? Except for celebrities being paid to? On Facebook or Instagram? Snapchat is primarily there so people can share tit/dick pics certain it cannot be saved on the recipients phone ever, so it doesn’t come back to bite you in the ass. That doesn’t really scale to a social network the youth has largely abandoned, especially when it already has a perfectly good chat function for sending unsolicited dickpics that end up in the spam folder.

Under the moniker social networks we pretty much have two groups these days: apps that allow you to follow people (or even not at all like in TikTok) and get content algorithmically served straight from the advertising office of Unilever, and apps that are just glorified messaging apps. While the latter is closer to social networks than the former, neither really has that uncommittal quality of social networks past. You either view stunningly beautiful Russian models dancing that same 10 seconds of a song all the other stunningly beautiful Russian models also dance to on TikTok or you are in a purposeful one-to-one or group conversation. Sometimes it’s nice to just catch up with people without having to be committed in an actual conversation.

There are other modern social networks that get close, like the watch parties everybody has copied now, video calls, or the myriad of basically just chat rooms in WhatApp or gamer-word favourite Discord, which basically seek to replace the relationships broken by COVID. But at the end of the day, I’d argue that social networks died when Facebook added asymmetrical follows and let the algorithm take over. What is left is advertising hoses and chatrooms like the ones we all used for catfishing back in the 90s. I’d argue it’s a damn shame we don’t have a modern social network, but maybe I’m just old and have a weird special-case usecase due to being expat.