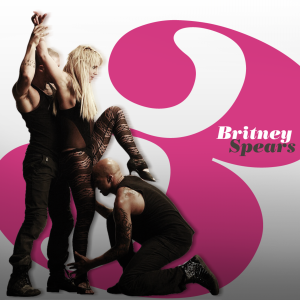 Let’s talk about large numbers, why don’t we?

Have you ever thought of what the largest number is? 7?  19?  21 perhaps?  The computer scientists might smugly insist on 1 and a couple nerds out there will try to say 42 while laughing at themselves and thinking to themselves how clever they are for out-nerding the nerd writer writing about large numbers.

Some might claim, there is no largest number, but on the other hand do any numbers larger than the largest number you can say in your lifetime matter?  Or any person could in principle have said in the lifetime of the universe?  Saying out large numbers is a bit cumbersome.  We can count hundreds, thousands, millions even.  But then it gets iffy – what comes after a million?  A billion?  Only if you are of lower intelligence; us Europeans will claim we first have milliard, then a billion, billiard, trillion and so on.  At some point we reach a googol and then a googolplex, and now our counting has turned into baby language, and are sure to reach fantasillion and britnillion along the way.

The Largest Number You Can Write Down

The simplest way to write numbers is just jotting down a line for each number. 1 = I, 2 = II, 3 = III and so on.  Using this scheme, and assuming we can write down 1.000 lines a second (using our new patented number-writing machine devised solely to write down the largest number in the world), we would be able to write down the number 442.000.000.000.000.000.000.  That’s pretty big, but doesn’t go a long way to describe how great I am or how many Zimbabwe dollars you need to pay to get a stamp.

That’s all great, but what is then the largest number I can write down using that technique?  Well, that’s obviously

. Which is again pretty great, but then how many times…? I can continue the game, and each time, we continue how many times we count the number of digits. We then get a series of 10 (the number ten), 1010 (a number with ten digits),

(a number which has a number of digits with 10 digits),

= tower(3). Again, it doesn’t really matter if we’re counting towers of tens or twos or sevens. There’s some error, a huge error even, but compared to the numbers we look at, the error doesn’t matter in comparison except to the most penny-pinching Scotsman. Don’t know why they’d pinch pennies. The tower operation is also referred to as tetration, and some write 43 for a tower of threes of height 4, but that’s frankly just silly.

Now, we could start chaining towers, as in tower(tower(tower(… tower(4) …))), and eventually be able to describe the Greek debt. It would be quite satisfying, and eventually we’d reach some rather large numbers. Then we could come up with a name for what happens if we chain, say, 4 towers, start chaining those and so on. We would again end up with the kind of baby-talk that lead us to the whole billion debacle. Instead, let’s take a step back and consider what we’ve done. Then consider it mathematically.

Throwing Math at the Problem

At first, we were writing numbers as lines. Those are pretty if the only computation we do is adding one. III + I = IIII. We don’t really create numbers that get completely unhandy using this operation. At least not unless we do the operation many times. If we start adding one many times, we reach normal addition. III + IIII = IIIIIII; we add one to III four times (or add one to IIII three times). The simple unary representation of numbers works well for adding one, also known as the succession operation, but becomes unhandy for addition, adding numbers together.

Then we starting counting groups of 10. This is the decimal notation and the one we use the most in our daily lives if we’re not dreadful scientists or worse. This notation serves us well in representing most numbers of things we encounter in our daily lives. We can even rather conveniently represent every single atom in the universe using this annotation. The decimal operation handles addition well. 47 + 75 = 122. The result has roughly the same size as the input. The decimal system starts having trouble when we start doing multiplication. 100 * 10.000 = 1.000.000.

We can think of multiplication as repeated addition, just like addition is repeated succession. 4 + 3 is add one to 4 three times. 4 * 3 is add 4 together 3 times. We can continue this train of thought and try and do repeated multiplication. We call this exponentiation, and 103 is multiply 10 by itself 3 times, or 10 * 10 * 10. The scientific notation starts having problems when we start using exponentiation, whereas the tower notation handles it – tower(3)tower(4) < = tower(7).

Our next step is obvious. Repeated exponentiation. That’s what the tower function does. Repeated towering. That sounds sexual somehow. Repeat that, etc. Our next step is to count how many times we do a repeated operation, starting with succession, addition, multiplication, exponentiation, towering, etc. We notice that each time we take a step, the largest number we could conceivable write in the lifetime of the entire universe can be written compactly. The largest number we can write in unary was 442.000.000.000.000.000 which, while impressive, is far from hard to write and grasp. In scientific notation, this number is only 1018 and using the tower notation it’s less than tower(3) =

. In a hypothetical next notation, it would be one – we only needed to use the tower function once to describe the number.

alone has more than 2000 digits. The name tetration comes from towering being the fourth (= tetra) repeated operation (addition being the first).

I’m sure that the first thing anybody thinks of now is “where can I get chocolate,” and the second thing is “why don’t we repeat the Ackermann function?” And of course that’s a thing. Donald Knuth, typically famous for making nerds interested in latex to a degree disproportional with their sex-life, devised the notation summarizing the Ackermann function. This is known as the Knuth arrow. It roughly captures the Ackermann function, so 4 ↑ 3 = 43, 4 ↑↑ 3 =

The generalization of Knuth’s arrow is Conway’s chained arrows. Using this notation, we basically have 3 → 4 = Ackermann(Ackermann(Ackermann(4))) and a chain of length more than 2 counts how many times we have to repeat the sequence once shorter. Conway’s arrows count the number of times we repeat doing Ackermann the same Ackermann count the number of times we repeat a simple operation. Where Ackermann(5) is so silly large, I cannot write it in the lifetime of the universe using normal decimal notation.

Just using Ackermann’s function, we can create silly large numbers. Conway’s notation allows us to repeat that. There’s nothing preventing us from repeating the Conway arrows systematically, and then repeating that. There’s also nothing preventing us from counting how many times we do this. Or counting how many times we repeat repeating this silly thing. Every time, the largest numbers we could hope to ever write using the previous generation of silly reptition will seem small and trivial. Using simple tricks, we can represent mindbogglingly large numbers very compactly, and there is no limit to how many times we can do this.

I think it is impossible to get a hold of just how large these numbers are without getting a feeling for how we repeatedly compress numbers into a more and more compact notation, and it’s cool how limited we are using the decimal number system we are used to.

If Infinitely Many Monkeys Can Reproduce Shakespeare, How Can I Come Up with this Shit?

The elephant in the room is of course infinity. How about infinity, smart guy? That’s larger than any of these supposedly large numbers, right? Well, infinite is not a number, and it’s not possible to appreciate the magnitude of infinity without first having a concept of very large but finite. And infinity is not just infinity.

This also means that if ∞ was a number (which is really isn’t!), we would have that Ackermann(5) = |NAckermann(5)| < |N| = ∞. All the numbers from 1 … Ackermann(5) are natural numbers, so there must be more natural numbers. We can in general see that ∞ is larger than any of the large numbers we found above, no matter how many time we do silly repetitions to generate larger and larger numbers. Viewed as a number, ∞ is insanely great.

It seems that roughly no matter what we do to ∞, we are just stuck with ∞. Just don’t do ∞ – ∞ or ∞ / ∞ you silly person. This is comparable to how the size of the result of addition isn’t much larger than the size of the two operands. Adding to infinity doesn’t really do anything to the size. It turns out that multiplication doesn’t to much either in this case. I’ll not go into details, just notice that it is possible to make a Cartesian product of two sets A and B denoted A * B and that |A * B| = |A| * |B|. It is possible to show that ∞ * ∞ = |N| * |N| = |N * N| = |N| = ∞ (the proof is the same as showing there are as many fractions as there are natural numbers).

Larger than Infinitely Large (Your Mom)

It is possible to show that |2N| > ∞. This is done using a diagonal argument, which basically assumes that there is a pairing between all subsets Si of N and numbers i of N. It then constructs a new subset S of N which contains all numbers i such that i is not in Si. We can then see that our new set S is not in the list (as it differs from all Sis on at least the value i), which is in contradiction to the assumption that we could pair every subset of N with a number of N. The details are not important here, but the take-away is that there is a thing, 2∞ which is greater than ∞.

Not only that, but we can now construct 22N and using a similar argument prove that 22∞ > 2∞ > ∞. This looks eerily familiar. We now have a method of generating increasingly large infinities just like we did for regular numbers. And in fact we can. Using this same subset construction, we can generate larger and larger sets of larger and larger infinite size.

But wait, there’s more! How about “the set of all sets that doesn’t contain themselves”? If we denote this set F (for fuck you), does F then contain itself? If yes, then it should not contain itself and if no, it should. This seems like a logical paradox, but is really just the same as the diagonal argument we used to show that |2N| > |N|. It just means that F is not a set. It is instead what is denoted as a class. All sets are classes, but not all classes are sets (as F demonstrates). Typically mathematicians stop here, because the foundation gets shaky, but we are now constructing mindbogglingly large infinities.

And that concludes this – almost – infinitely long writeup. We have constructed extreme infinities as sizes of classes. Larger than any of the sizes of sets we have seen. Which were mindbogglingly large infinities, where even the smallest infinity was larger than any of the mindbogglingly large numbers we constructed. Where even one of the smaller values we saw, Ackermann(5), while one of the largest values that is possible to get a decent graps of with normal mathematics, is larger than I could write out before then end of the universe using our standard decimal number system.