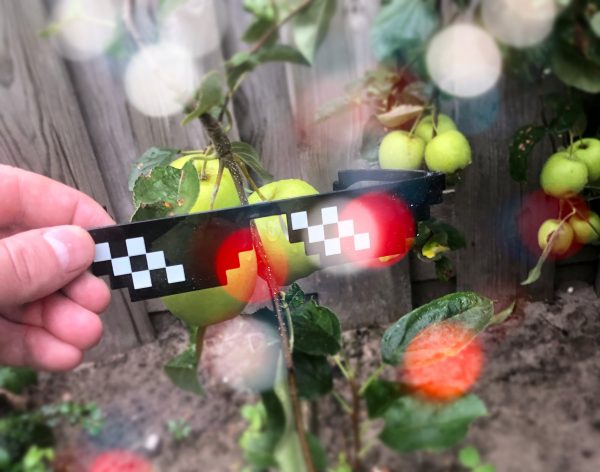 As you probably know, Epic Games has sued Apple. Epic Games makes a game called Fornite, which is a clone of PUBG, which is a video game clone of the Hunger Games movies, which are clones of the movie all of this is named after, the Japanese movie Battle Royale, which is super creepy in an almost “that chapter of the It books no filmatization touches because ew” way.

This started because Apple is controlling the only gateway onto the iPhone and other iOS devices, the Apple App Store. For a small yearly fee (€100 for a person or €300 for a company), it is possible to get access to developer tools and documentation as well as to publish software on the App Store. As payment for handling distribution and payment processing, Apple takes a 30% cut of all sales on the App Store. That means Apple gets 30 cents out of a €1 purchase. For small developers this is a great deal because the €100 is a fairly low barrier to entry, and the App Store provides a trusted and omnipresent way to distribute apps, so paying a few cents (or nothing at all for a free app) for not having to deal with payment processors, credit cards, chargebacks, very poisonous data that needs to be stored securely, etc. is a very good trade-off.

It is not a big stretch to say that the App Store model is why mobile apps took off in the first place. Anybody who has bought a PalmOS application from a dodgy (but legal) web-site or even a game that was locked to a single model on the Nokia N-Gage store can attest to that, and anybody who has not done either just proves my point: the 30/70 split was a game-changer.

For larger companies with more expensive apps, the 30/70 split has become less enticing. If you’re selling a €80 piece of software, the 30/70 split is suddenly less attractive, as you’re no longer paying a few cents, but are instead paying €24 to Apple.

The same is true if you are selling subscriptions, where the app is less important part of the product. For example, an app to deliver a magazine subscription provides little value without the content, and providing a modern magazine experience with hundreds of pages filled to brim with the finest in ads and editorials that are just a list of Twitter threads is the real cost of the product. For that reason, the App Store provides in-app purchases and subscriptions, which initially had that same 30/70 split. The split has since been amended so after one year, the developer gets 85% of the revenue and Apple “only” 15% for auto-renewing subscriuptions. Some content providers, well one content provider, Amazon Prime Video, got a sweetheart deal giving them the 15/85 split immediately. They can do that because Amazon is huge and also, realistically, the value of Prime Video is in the content, not the app. Actually, the value is non-existent because the app sucks and the content is duller than a stone age knife after 20 hours in a rock polisher, but I digress…

Apple cannot give that 15/85 split to everybody. Most apps in the App Store today are “free to play,” which means it is free to download them, but you likely have to resort to in-app purchases to actually use them instead of spending all time fighting popup ads. This can be good, working like the old Shareware model, where you are allowed to try out a piece of software for free before you pay for it, and some developers, in particular the Omni Group, make great use of this. If in-app purchases were 15/85, then Apple’s regular 30/70 split would no longer be sustainable, though, because all apps would just be free to download and financed using in-app purchases. So, the in-app purchase has to be the same as the split for purchasing apps in the first place.

In addition, Epic Games has their own game store, so they already have the infrastructure in place to handle purchases: they have credit cards on file and they already handle all of the data. Epic Games has even been thru a bit of a war with once-dominant PC game store, Valve’s Steam, with the exact same purpose: to change the split (which is also 30/70 for Steam) between distributor and developer (or at least to become the distributor themselves), and indeed the Epic Game Store offers a more favorable 12/88 split on the PC.

So, the entire controversy was started when Epic Games made a stealth update to Fortnite allowing customers to purchase hats directly from Epic Games, circumventing the App Store in-app purchases. This is of course strictly against the App Store terms, because if developers could just do that, Apple would be stuck with the developers for which the 30/70 split was profitable, while developers who could financially benefit from handling all the payments themselves would do so.

Predictably, Apple kicked Fortnite out of the App Store, as it has before for apps violating its terms. It also cancelled Epic Games’ developer license, preventing Epic Games from using Apple’s tools to develop Fortnite. In addition to Fortnite, Epic Games is also responsible for the Unreal Engine, a game engine used by numerous games on all platforms, and the developer license revocation would also prevent further development on this. This was all in a calculated move by Epic Games, and they responded by filing a lawsuit against Apple and launching websites and “viral” videos trying to win over the public opinion.

Epic is claiming that they want no monetary compensation, but to either change the 30/70 split for all developers or to allow developers to introduce their own monetisation. This all sounds very customer friendly: give the customers cheaper products. Make no mistake that this is not about the customer: this is about Epic Games wanting a better deal than the 30/70 split. Note that customers could buy hats in the Fortnite shop via the Epic Games Store with a 20% discount over the App Store in-app purchases. That means that the customer gets it a bit cheaper, but Epic Games also get 10% more of the original purchase price, essentially changing the split to 20/80, except the 20% goes to the customer instead of the distributor.

In addition, this means Epic Games get the customers onto their platform. This of course directly means they can market their games on other platforms to the customer, but also they can start gathering data, which is especially curious since Epic Games is 40% owned by Chinese Tencent and Apple is known for being notoriously strong on privacy and uncompromising regarding passing on PII to advertisers and developers.

So, we essentially have two billion dollar companies fighting out in the courtroom. On the one side we have Apple who needs to defend its very lucrative 30/70 split which was once a brilliant deal but now has waned a bit. On the other hand, we have Epic Games, who has already challenged the 30/70 split on the PC with Epic Games Store vs Steam and now hope to do the same in mobile app space. We as customers should not care, because this is not about customers, it is about whether our money should go to Tim Apple or Tim China. Except, of course, there’s the minor side deal of customer data residing with privacy-friendly Apple or Chinese Tencent-owned Epic Games.

The crux of the case is that Epic Games wants to create a competing App Store on iOS or at least to get a better split. And probably user data, but that is just my guess and unlikely to be the main factor. Epic Games is getting support from Microsoft, who also sell expensive applications and services on iOS, and would greatly benefit from a more generous split.

In fact, Microsoft is at the center of a case that is central to Epic Games’ argument: Epic Games is arguing that it is anti-competititve that Apple can just dictate the deal of the split. Which, yeah, maybe? Apple certainly has a monopoly on the iOS App Store market, and in 2001 it was found that Microsoft had a monopoly of the operating system market and used that to gain unfair advantage on the browser market. So it would seem that Apple is using its monopoly on the App Store to gain unfair advantage in the dictation of the split.

But while Apple has a monopoly on the iPhone App Store market, it has a large competitor in the form of Google’s Play Store on the Android market, so Apple is just one of multiple players on the mobile phone app store market. In fact, Epic Games pulled the exact same trick on the Google Play Store: snuck in their own game store against policy, got kicked out, and sued Google for this, except this has much less coverage because Apple is cool, good, and hip, while Google is the antithesis of their own (former) motto.

The alternative is that Epic is allowed to add its own App Store, which is not great either, because that would allow everybody to add more or less kosher code for handling payments, training people to go along with whichever Chinese payment gateway going via an unencrypted modem connection in Russia. If Epic Games can add their own store, why can’t Baidu or Yandex or a very drunk Michael or your favourite malware writer do the same?

For the customer, this means that if Apple wins, we pay the same prices, but probably higher than they should be in 2020, especially for more expensive apps, while if Epic Games wins, it opens the floodgates for either spyware distributed via the Apple App Store or alternative App Stores, which opens a large vector to outright malware.

More likely, this will all end in a settlement with Epic Games getting a sweetheart deal like that of Amazon. And if (when) that happens, don’t forget that Epic Games tried to cast this all as a fight for the small developer and the customers.