I already reported that I successfully ran CPN Tools and Declare on Windows 8 and that ProM started with few problems.

Back then I used the (only available) Developer Preview.  Recently, Microsoft released the Consumer Preview, and of course, I had to set up two machines (32 and 64 bits) and re-run all tests.  The executive summary is: all run on 32 bit Windows 8 and on 64 bit Windows 8 CPN Tools and Declare run without problems. ProM still needs some (simple) trickery to start; I give an overview of how to successfully start ProM here.

For all tests, I’m using Parallels Desktop 7.0.15055 from March 5 2012 running on top of Mac OS X Mountain Lion DP1 (from February 16 2012).  I am testing CPN Tools 3.3.2 (the most recent development version, but the results should be applicable to any version from the 3.x series of CPN Tools but not to previous versions) from February 2012, the most recent released version of Declare (2.2.0 from November 2011) as well as the most recent unreleased development version (just made that today), and ProM 6.1 from September 2011.

I used the CPN Tools safe mode version as the normal version crashes.  This is probably due to my virtual machine software, as I have the same problem on Windows XP, and I as certain that if running on real hardware, you’ll have no problems with either version (let me know if you do!).  and CPN Tools 3.3.2 (a development version, but I am certain that any of the 3.x series should work) from February 2012.

First the 32 bit version of Windows: 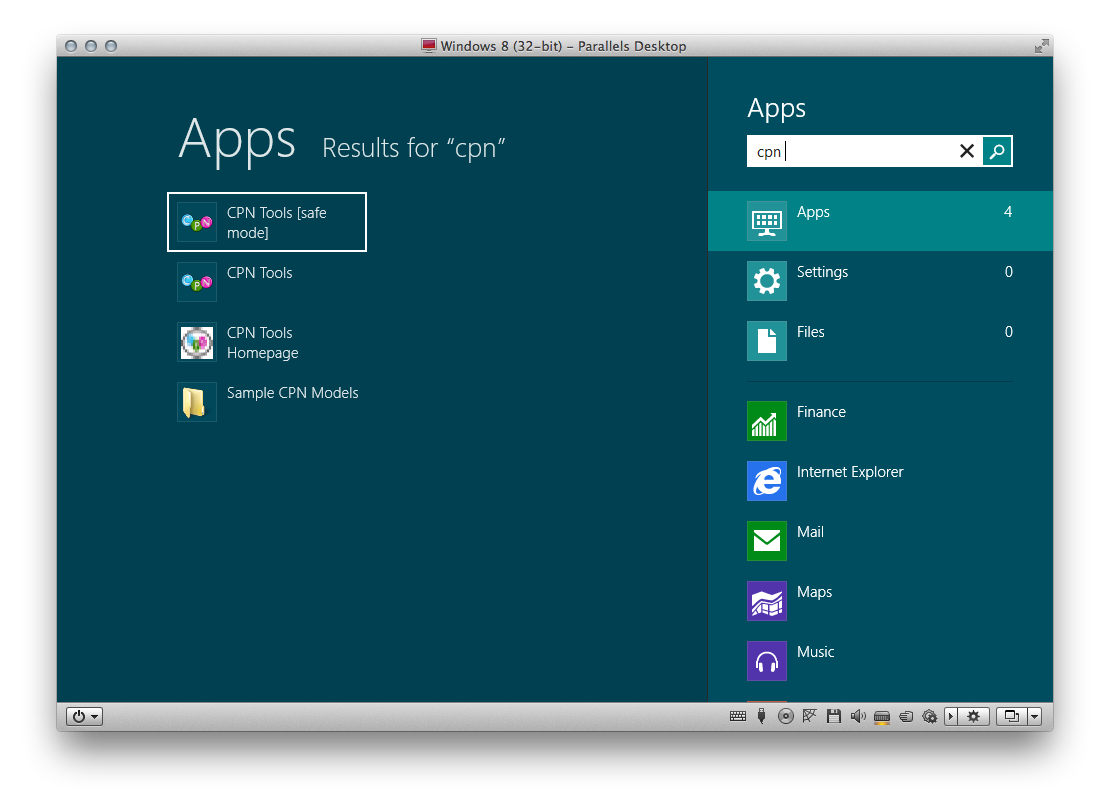 And running a simulation: 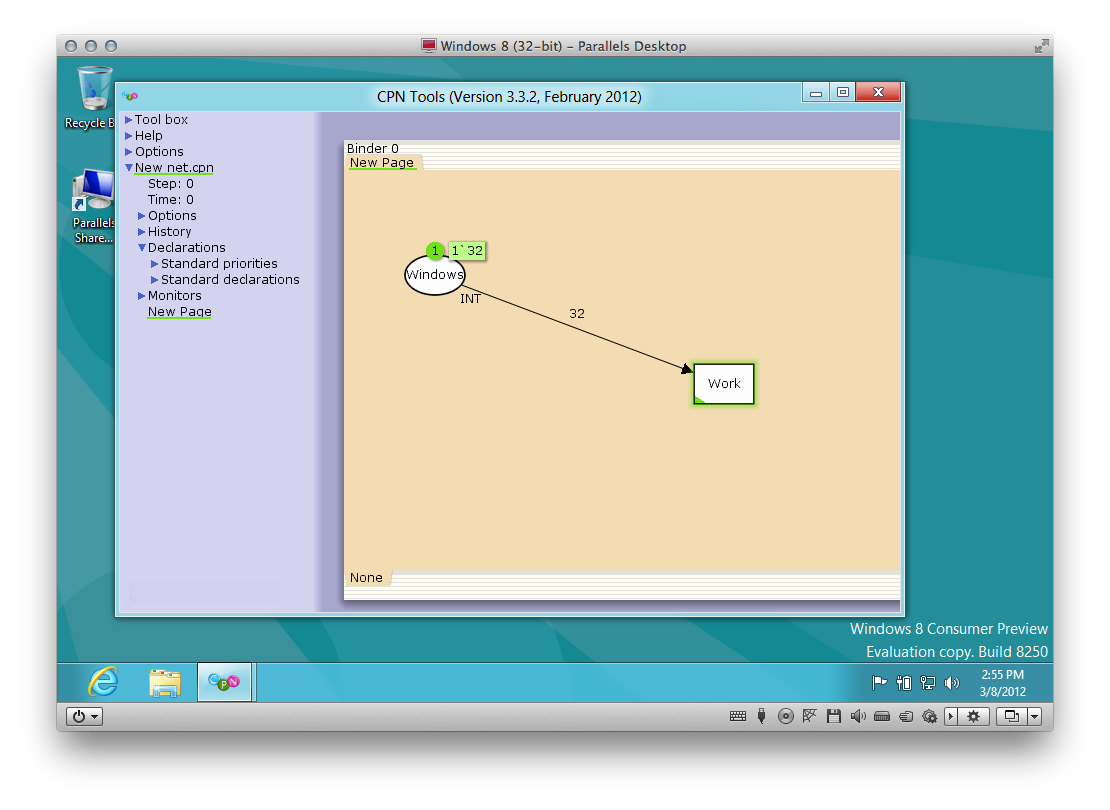 And then the 64 bit version of Windows: 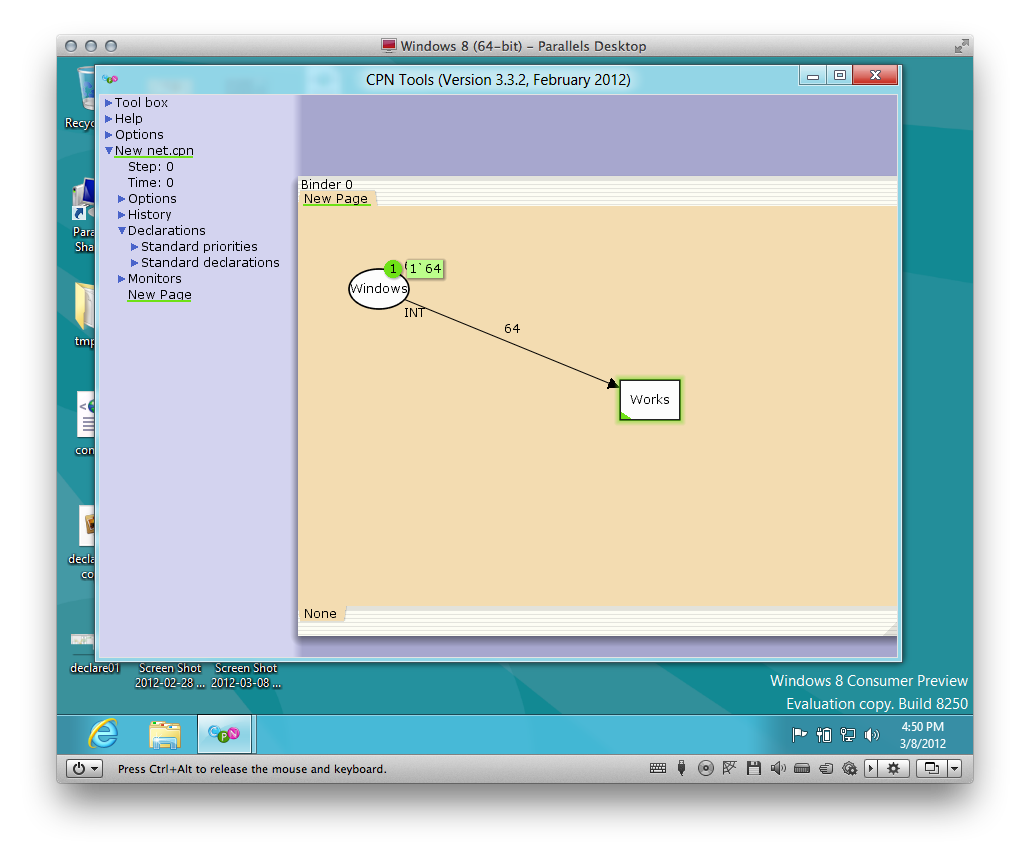 Declare needs a recent version of Java.  I just installed the newest Java 7 JRE from today: 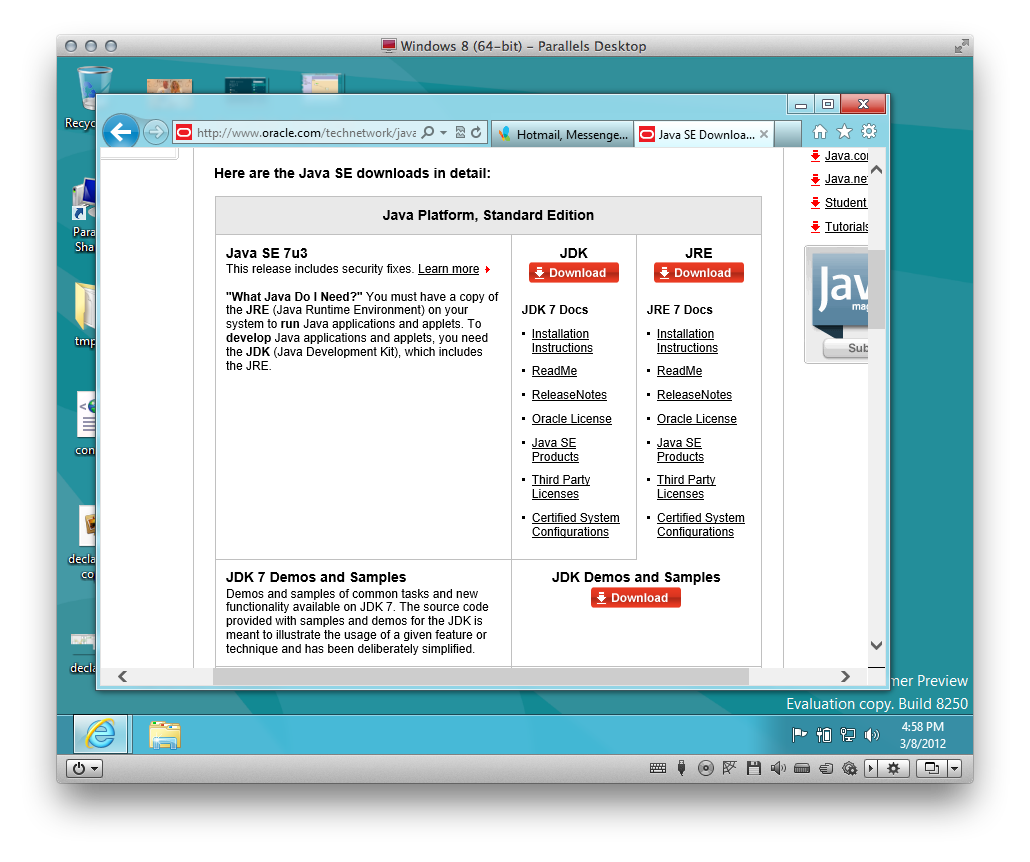 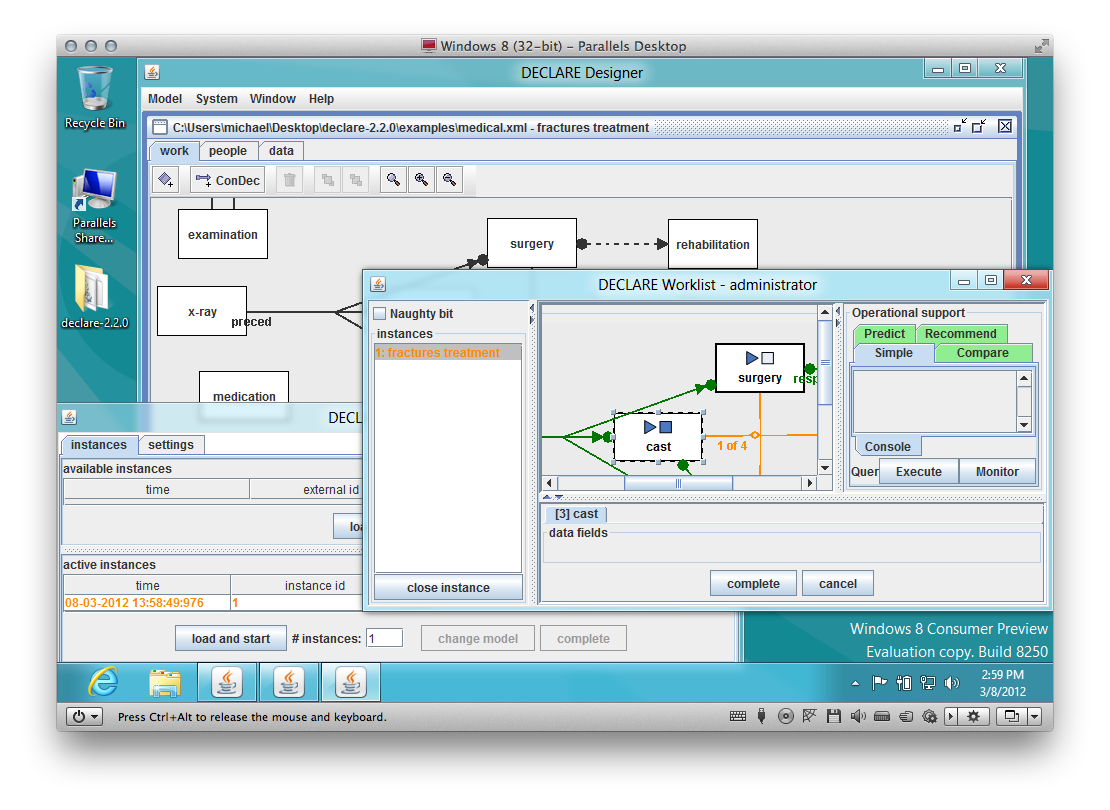 Both Designer, Framework, and Worklist work without problems. Here’s the most recent Declare 2.3 (2.4 preview) version running: 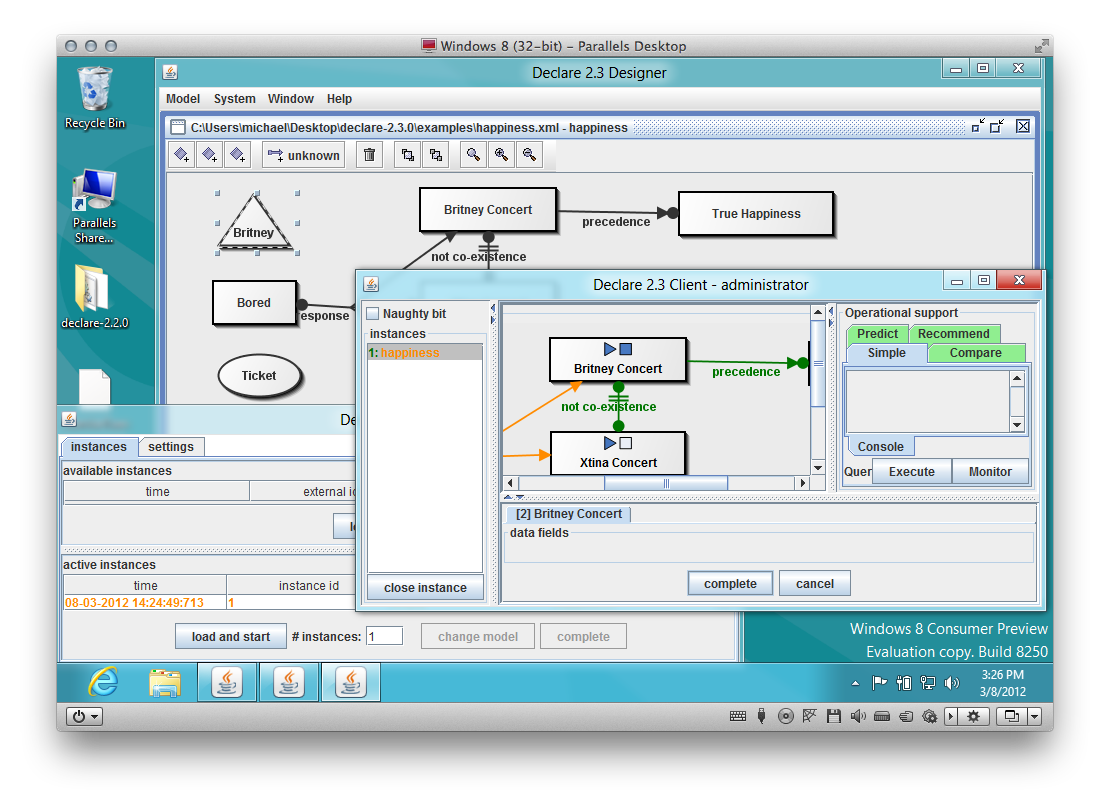 This version is prettier, the Framework is renamed to Server and the Worklist to Client, and still runs without any hiccups.  Here’s both on 64 bit Windows 8: 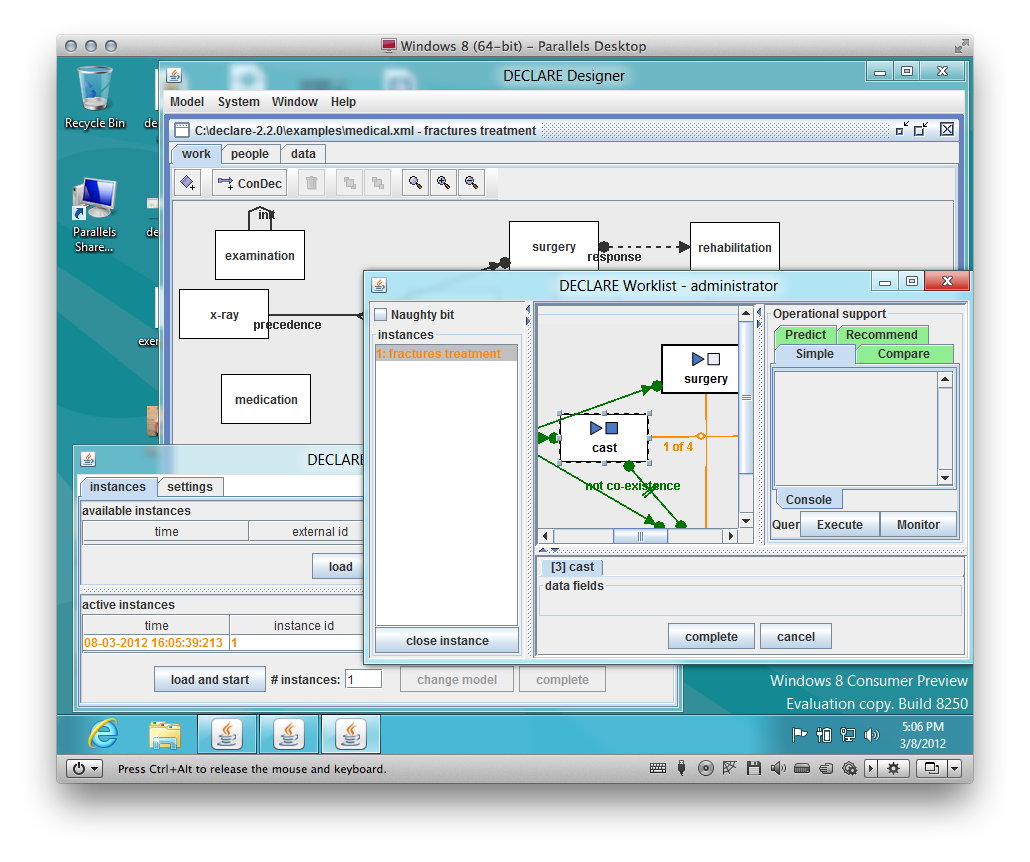 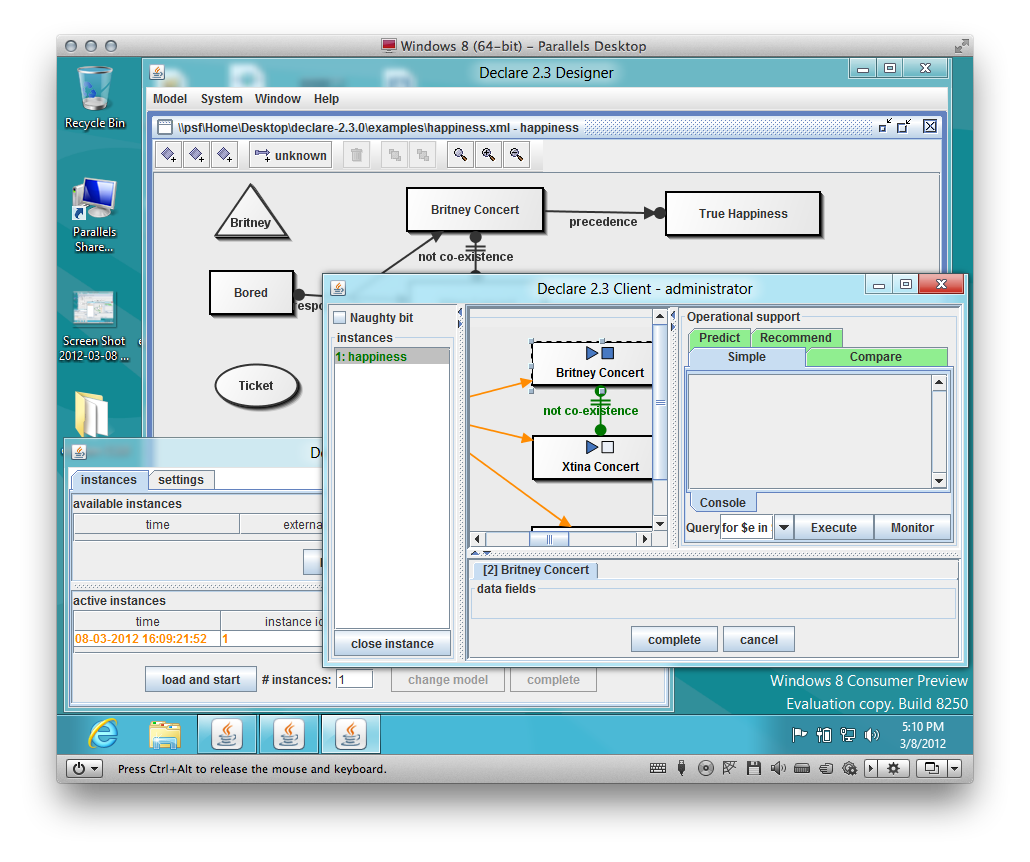 I had problems running Declare 2.2.0 on an unmapped network drive in 64 bit Windows (did not test this on 32 bit, but I presume this has the same problem). Copying it to a mapped drive or a local drive solves this. Declare 2.3 has no such problems. 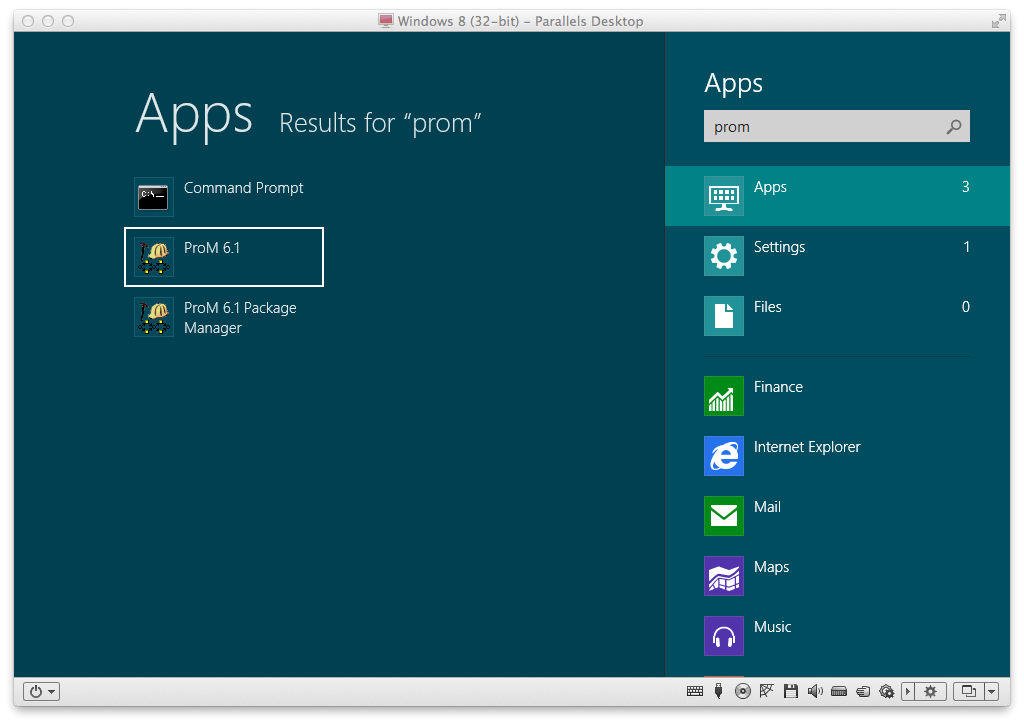 This runs fine, and I can import the first example log and run the Alpha algorithm: 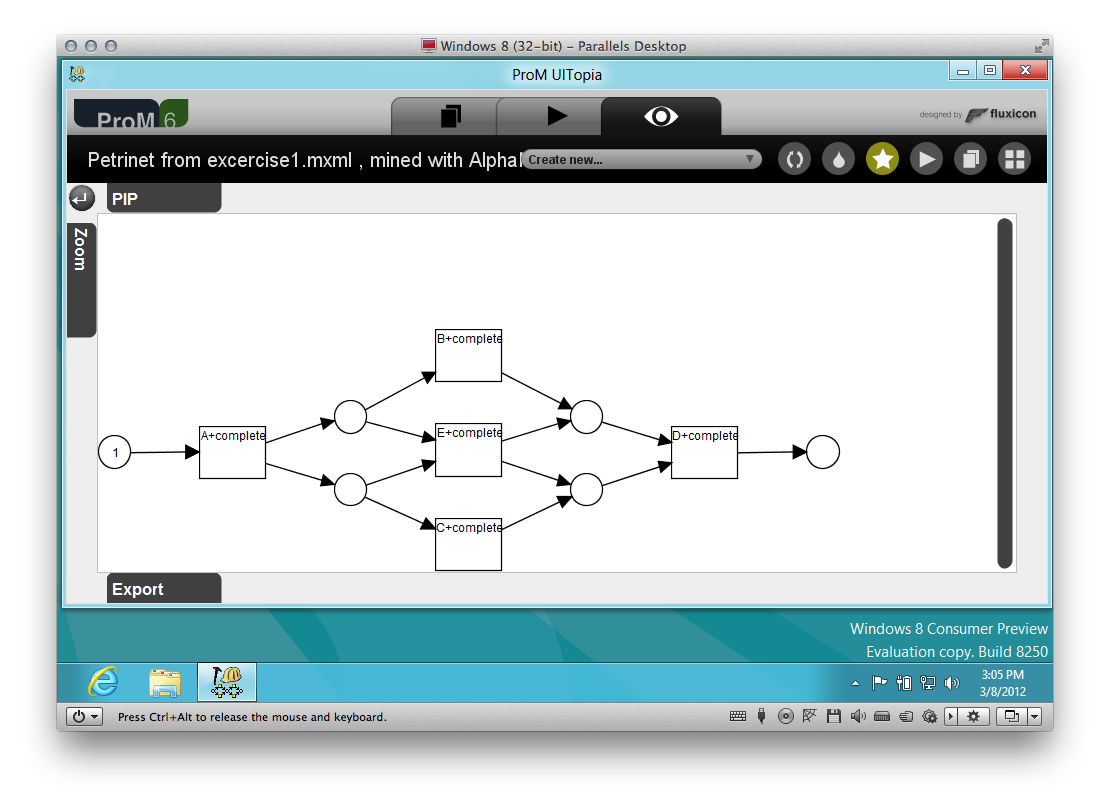 When I loaded the log, I had to select the type from the import dialog. I don’t know if this is a problem of ProM or Windows 81, but doing so yields the same ProM we all know and love.  Here’s a shot on how to do that on 64 bit Windows 8 (the procedure is the same on 32 bit Windows): 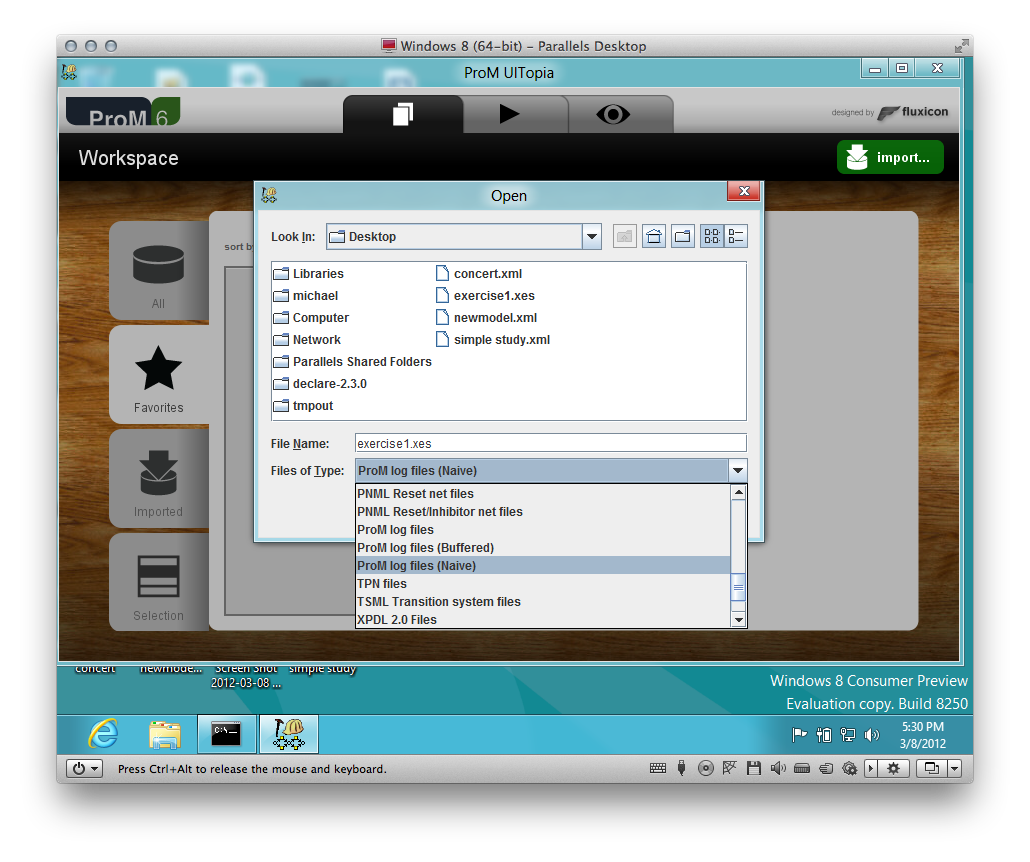 (You should always go with the naive implementation; it is faster and uses less memory; see also this blog post.)

ProM does not run completely successfully on 64 bit Windows.  I could start it up the first time, but after downloading plug-ins, it stopped, crashed and wouldn’t start anymore.  This is the same problem I reported last: ProM’s launcher does not like Windows 8 or vice versa.  The work-around is to navigate to the ProM installation directory and manually run the ProM61 batch file: 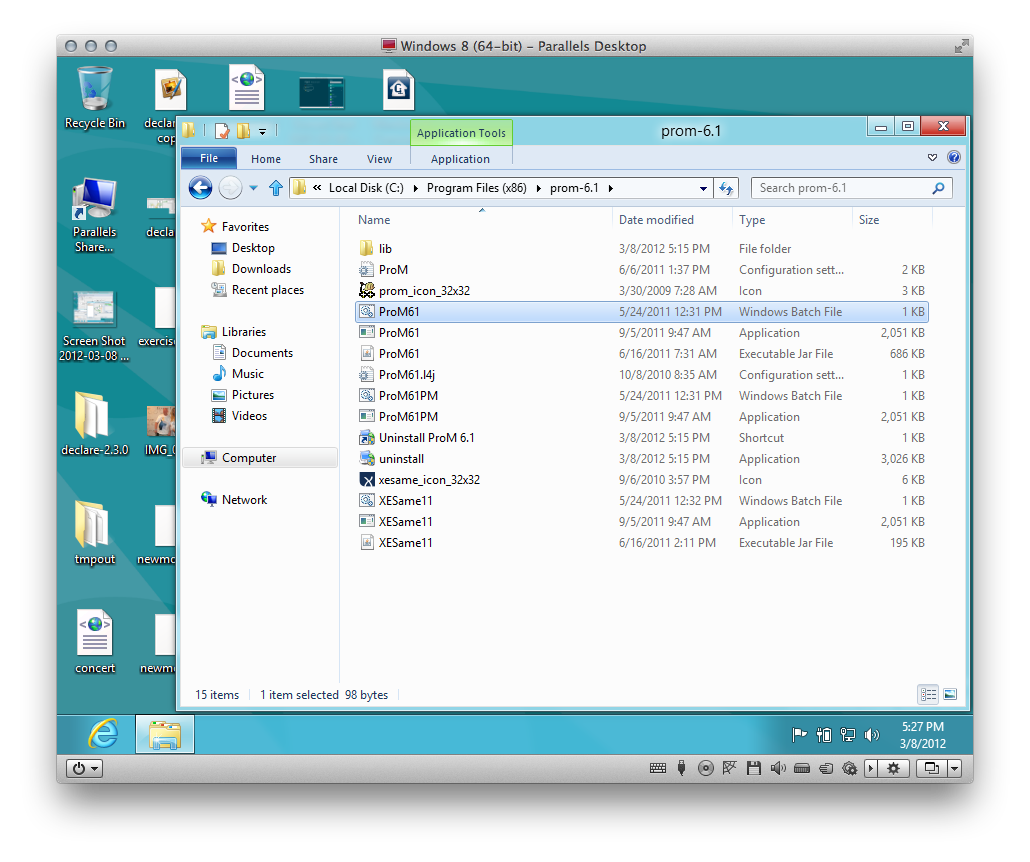 I’m guessing that installing a 32 bit Java on Windows might solve the problem, but why anyone would do that is beyond me.  Here’s ProM on 64 bit Windows in 64 bit Java using the batch file as above: 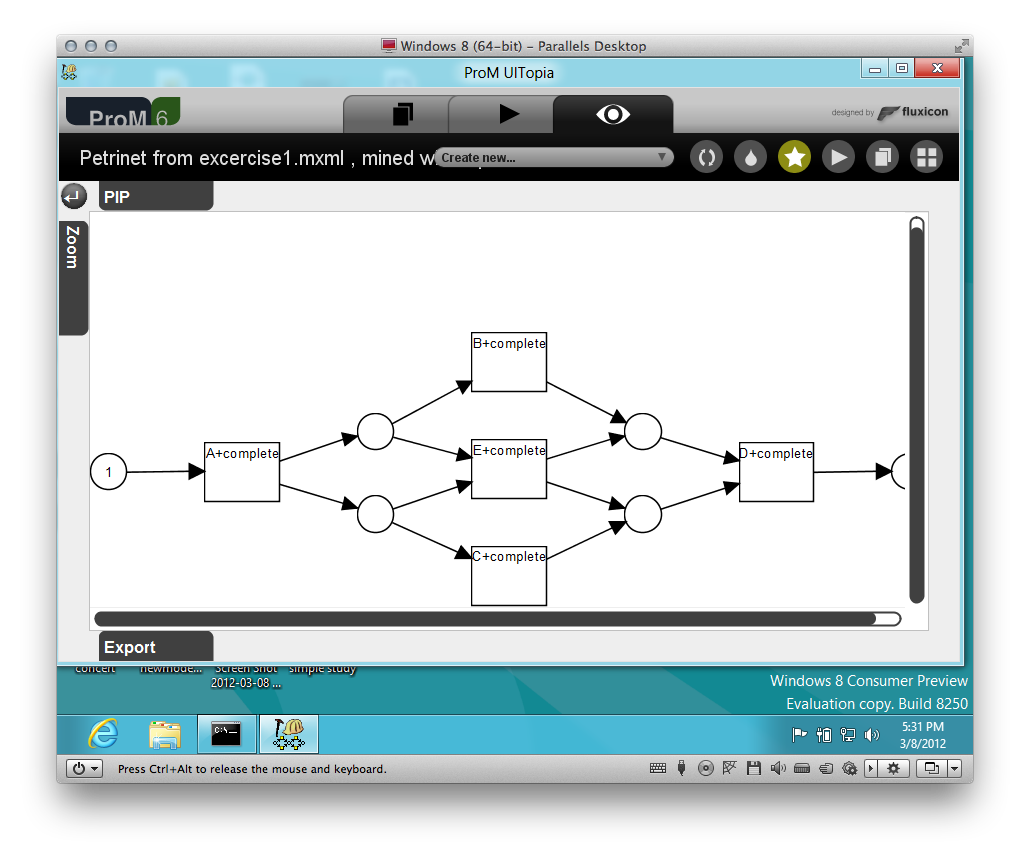 One thought on “CPN Tools/Declare/ProM on Windows 8 (CP)”