As we see, we can actually pick the time stamp for the token here ((This could in principle be achieved before as well by introducing an unbound variable of a small integer type, but here we do not require that the type is small.)). Time intervals can be used in time regions (as above) and on output arcs: 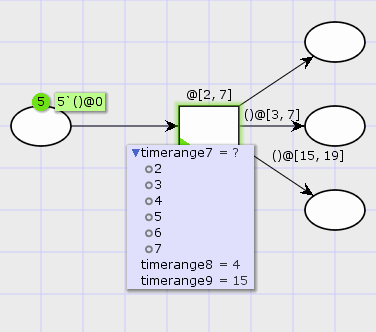 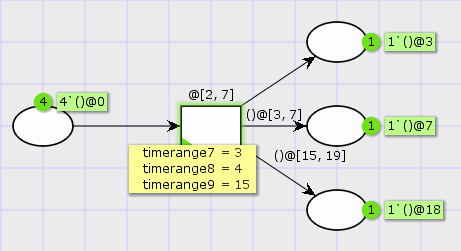