Lately, I’ve been into baking breads.  This is to a large part prompted by the poor standard of Dutch bread.  Also, I felt like it.

Here’s the recipe I go by these days.  It’s based on this recipe, but most of the ingredients have been changed and I’ve translated the measures from moon-units into something civilized people can read. 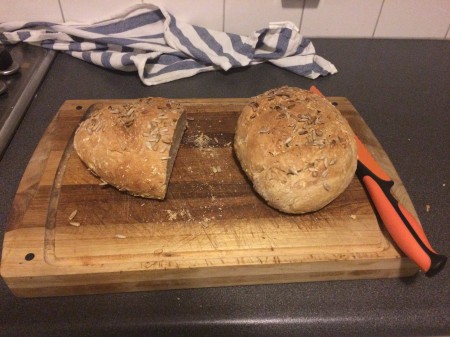 Hot tip: instead of using regular beer (I normally use Brand because I have a case right next to the kitchen), use a LFP for a darker bread and more smokey taste.

Health tip: if you’re super into hypertension, why not triple the salt dosage? The bread will taste like shit and your blood pressure will go thru the roof!

Serving tip: goes well with dishes that traditionally require bread; here pictured next to a salad (also, it’s sliced – I guess that could be the elusive step 10 above): 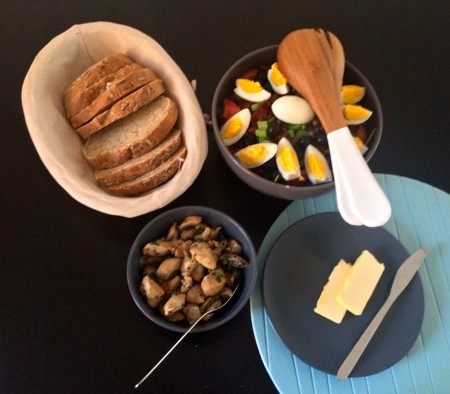 I’m thinking of doing experiments with adding olives, sun-dried tomatoes, and chickpeas as well.  Should be good (and reduces carbs).  Also beets, because I’m crazy about them at this time.