According to folklore, video killed the radio star.  Then Youtube killed video.  I’m not sure how podcasts fit into this, but here we are.  During my one-year stint with biking 3-4 hours a day, I started listening to a ton of stuff: music, audio books and podcasts.

It is not my impression that podcasts ever really caught on.  It’s basically episodic radio shows you can download and play without access to the internet, which is convenient if you travel far by car or (especially) subway.  As they are cheap to put out, everybody jumped on the bandwagon a decade or so ago, so you can find podcasts for every topic, no matter how niche.  Then it turned out that most people actually don’t really listen to them, which killed off a lot of them.

Following up on my wildly successful list of Youtube channels I like (I write this immediately after the Youtube list but delay publication a day or so to optimize readership, so I don’t actually know if it is wildly popular, but why wouldn’t it be?), I therefore bring the list of podcasts I like.  I follow far fewer podcasts than Youtube channels, because they are typically longer, so keeping up with just a couple takes considerable time.  As I no longer bike 3+ hours a day, that’s time I don’t have (or dont reserve) for passive listening. 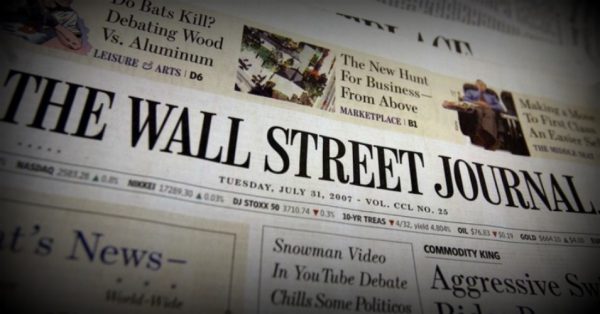 An Audible subscription comes with a complimentary subscription to either the Wall Street Journal or New York Times, which every day gives you a 30-45 minute overview of the headlines.

Not a traditional podcast as such, but a very nice way to get caught up with minimal effort. My biggest issue is that the daily update isn’t ready when I leave for work (it get’s published around 8 or 9 in the morning).

Ctrl-Walt-Delete is a weekly podcast which in 45-60 minutes updates you on a topic in tech. It is hosted by Walt Mossberg, former WSJ tech journalist and monumental Apple fanboy. There’s also some other dude from The Verge but he’s not the main attraction.

The podcast typically starts off in Walt’s weekly column and adds auxiliary information and discussion about the topic. Topics are often Apple-centric, but also deals with tech in general. 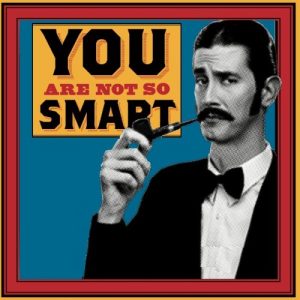 This podcast along with Richard Thaler‘s amazing book on behavioral economics, Misbehaving, are large parts of what got me sufficiently interested to go back to school to start studying psychology.

Freakonomics is probably one of the first popular texts on behavioral economics; after reading Thaler’s book on the topic, I started reading more about it and eventually got around to this classic as well. While IMO not as good as Thaler’s book, it is still worth-while reading it, and it comes with a blog and a podcast/radio show for more information as well.

The podcast includes longer episodes treating carious topics and shorter episodes just giving a quick soundbite (which are part of a radio show called Marketplace). Freakonomics deals with untraditional ways of tackling problems by mixing psychology and economics (behavioral economics). Topics include why it might be better (environmentally, healthier, time-wise) to eat mass-produced food instead of home-grown food, how to use nudging to make people better at saving (nudging is a term from an early book including Thaler’s work), or how conspicuous conservation might have replaced conspicuous consumption. 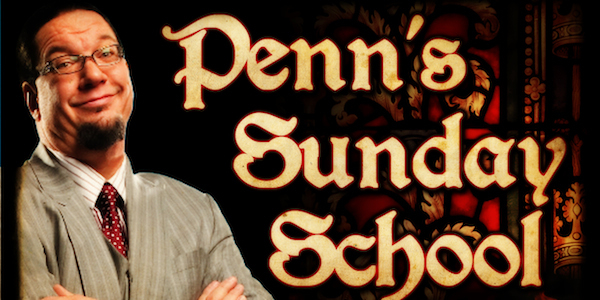 Penn’s Sunday School is pretty much just Penn Jilette of Penn & Teller fame along with a couple other dudes chatting about this and that.

Topics typically include atheism, libertarianism, freedom and stories from Penn’s life. I honestly stopped listening because on one episode, Penn insisted on eating something noisily on the show and I find champing incredibly disgusting and annoying, but until then it was a bunch of amusing stories and a lot of insight into the skeptics society in the US. Definitely not for everybody, but nice light entertainment if you agree with Penn’s views.

The idea of The Biggest Problem in the Universe was that two hosts and guests would bring in problems and present why they were especially grave. Listeners would then vote on them, thereby ranking them, eventually ending up with all problems in the universe ranked from the biggest problem to the smallest.

The show was cancelled due to “irreconcilable differences” between the two hosts, but the archive is still worth a listen. The charm is in the banter when the hosts, Maddox and Dick Masterson, discuss everything from Anti-Vaxxers to Vegans and from Ants to Zealots. Both hosts have new shows, such as Maddox’ The Best Debate in the Universe and Dick’s The Dick Show, neither of which really had the charm of the original in my opinion.

So, that’s my list.  Any good additions or comments?