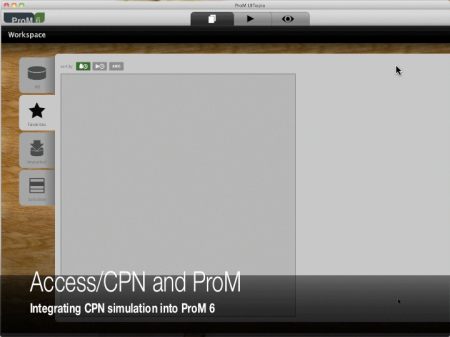 A little something I've been working the last week or so: integrating CPN simulation into ProM using Access/CPN.

Now onto the next project…  It is going to use the feature I show off at the end of the video and rely heavily on plug-ins for ProM to make something quite fantastic in my opinion.

13 thoughts on “CPN Simulation in ProM”